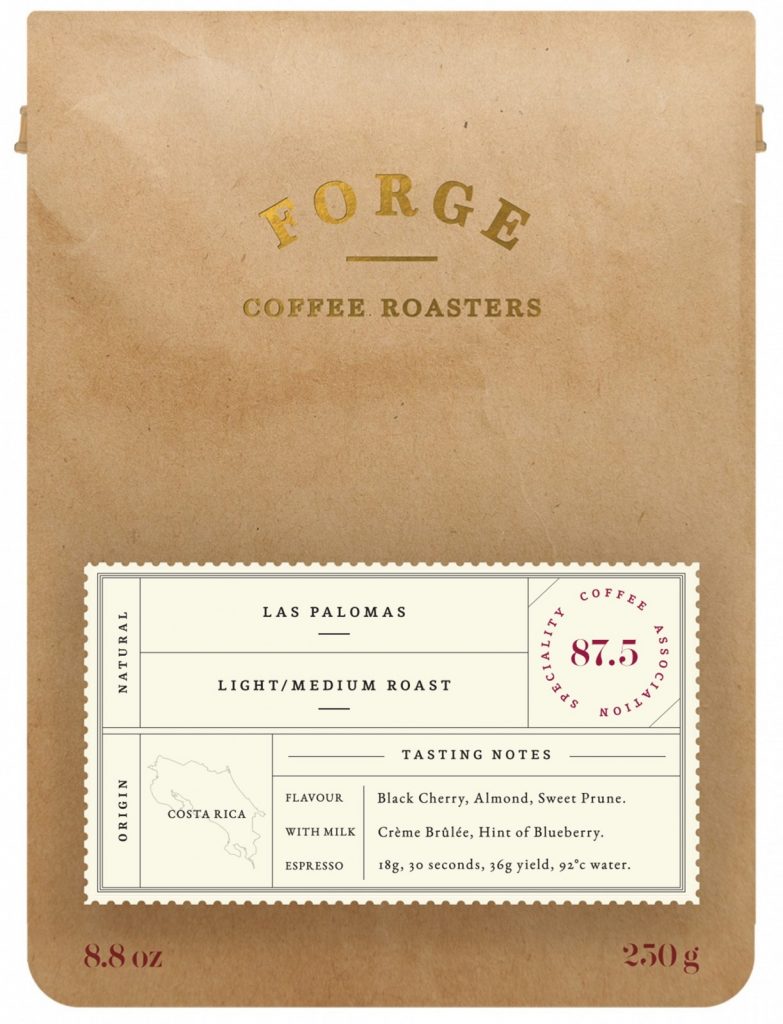 Tarbaca is one of the five original districts of the Canton Aserrí and has the highest altitude therein. Characterized as an extremely green area due to the large number of trees and the small population. It also contains the Cerro El Cedral in which there is a large number of water springs as well as being crossed by several rivers of the canton. This is where we find Familia Monge Garcia’s Las Palomas farm. Don Jorge Monge Garbanzo inherited Las Palomas from his parents and took over management of the farm in 1993. He now runs it with his wife, Flor Mayela Garcia Valverde and their children. Jorge Monge Garbanzo himself is one of eleven children, all of whom continue to be connected to coffee in some way.

Las Palomas spans six hectares and produces around 250 fanegas (a fenega is approx. 46kg) of coffee annually. The farm is named Las Palomas because of the various birds that can be found in the region, his Don Jorge employs two full-time farm workers, and a group of 25 collectors visit the farm during the harvest season, moving between Las Palomas and the neighbouring farms. Coffee is delivered to the nearby Association
of Agricultural Producers of the Communities of Acosta and Aserrí (ASOPROAAA), who process coffee and citrus in the areas of Acosta, Jorco and Palmichal, as well as offering financial, commercial and technical support to its members.